Notice: Trying to access array offset on value of type null in /deploy/visithcmc/source/front/application/Bootstrap.php on line 427

Notice: Trying to access array offset on value of type null in /deploy/visithcmc/source/front/application/Bootstrap.php on line 428

Notice: Trying to access array offset on value of type null in /deploy/visithcmc/source/front/application/Bootstrap.php on line 429

Breakfasting at “the headquarters”

Pho is undoubtedly a favorite food of many people. If you have the opportunity to pass by Ly Chinh Thang street, you must stop over at Pho Binh, located near the corner of Ly Chinh Thang and Hai Ba Trung streets to enjoy Pho in a very special space. Pho Binh used to be the headquarters of the F100 unit of Saigon Special Forces where 1968 Tet Offensive occurred. It was both a Commo-liaison Station and a Forward Command Post – Division 6 (Saigon – Gia Dinh Special Zone). In the late 50s, Mr. Ngo Toai (aka Ngo Duy Ai) brought his recipe of making Pho from the North to the South to introduce this delicious food to customers. Address: 7 Ly Chinh Thang, Ward 8, District 3

Enjoying the racket coffee at a rendezvous for Saigon Special Forces 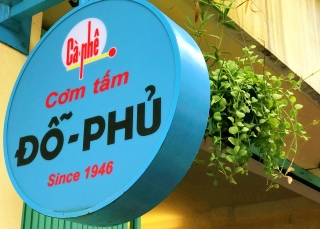 Do Phu Coffee Shop – Korean Broken Rice situated right at “the hazard” facing the Korean Army Residence (South Korea) and adjacent to Ngo Quang Truong’s – General Lieutenant of Saigon Government at the time. This place used to be a Station of Commo-liaison as well as a rendezvous for Saigon Special Forces to meet up. The house is almost kept intact to recreate the history. Visitors can both enjoy the racket coffee (a typical kind of “Saigon coffee”), and explore the secret tunnel, the underground basement and the secret letterbox of the “legendary” special forces in a nostalgia of the old Saigon. 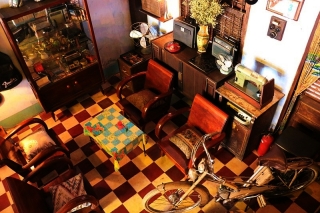 Enacting as the billionaire contractor Mai Hong Que being in charge of interior décor in the Independence Palace, Mr. Tran Van Lai was assigned to be operate in the inner area of Saigon. At the time, he transported tons of weapons into the inner districts, built over 20 reliable and self-designed facilities, 7 basements in inner areas for hiding weapons and the personnel operating in inner Saigon, including this house. The bunker has a strategic significance to ensure weapon support in the battle of Independence Palace and some other crucial targets. The house was erected as a manufacturing base of upholstery, sofa, curtains, drapes… providing for the Independence Palace to disguise the enemy’s eyes. Visiting the house, you will be in awe of the weapon bunker along with many artifacts and images that have historical values.

This museum is not for the faint-hearted as it houses harrowing displays from the American War. Established in 1975, it is home to US armoured vehicles, bombs, infantry weapons and controversial images detailing the brutality of war. Not to be missed is Requiem, a homage to the photojournalists who lost their lives in the war.

At the end of Nguyen Hue Street sits the magnificent office of the Ho Chi Minh City People’s Committee. Completed in 1908, the design of the former Hotel de Ville is based on the original in Paris.

Explore the vast network of underground tunnels from the 1940s that were expanded to 121km by guerrilla Viet Cong forces during the American War. The tunnels have now been widened to cater to larger frames, ...

Designed by renowned French architect, Gustave Eiffel, the post office was built between 1886 and 1891. The vaulted roof and arched windows lend a classic look, reminiscent of ...